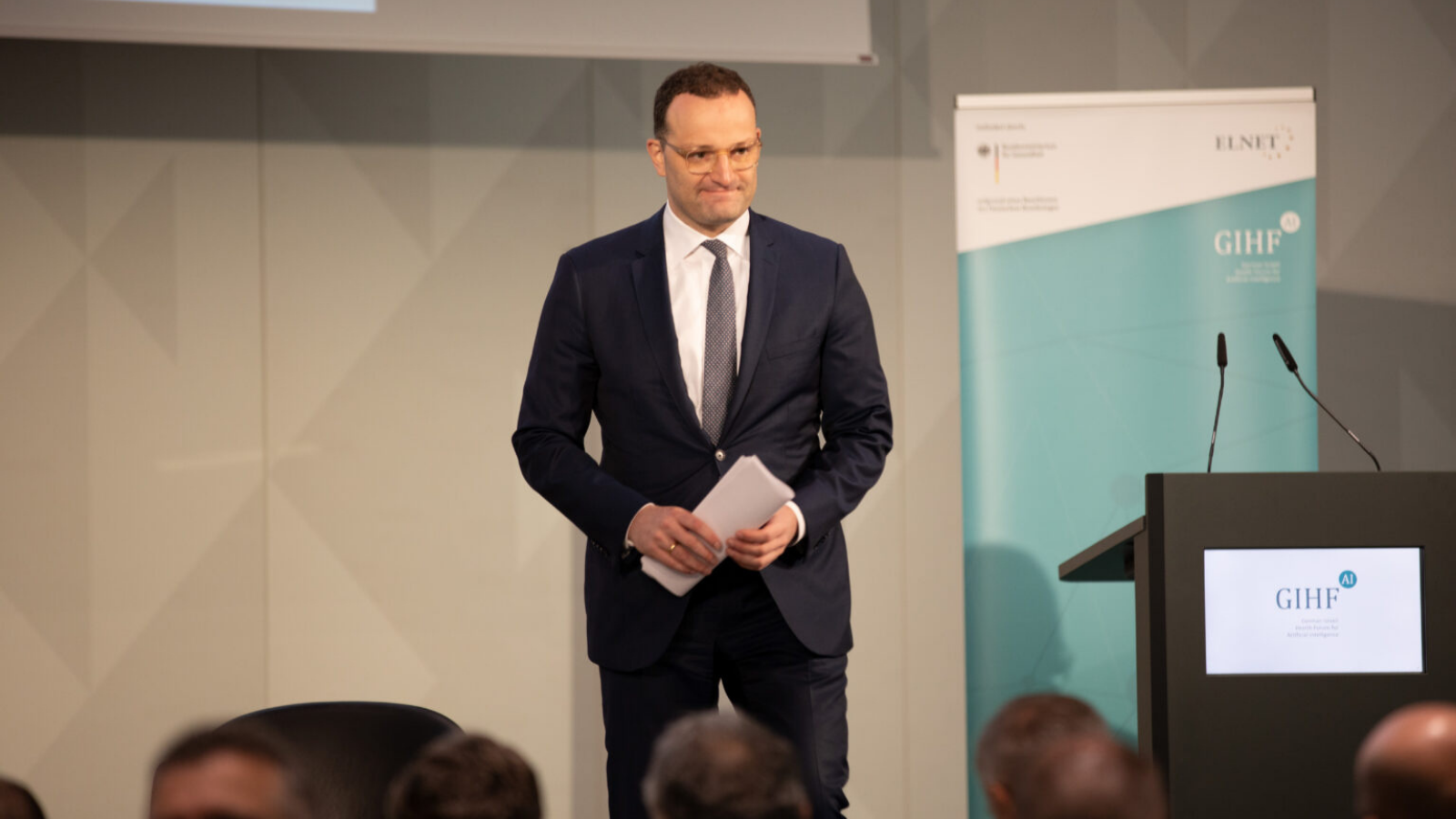 The German Israeli Health Forum for Artificial Intelligence (GIHF-AI) officially started its work on October 28th. At the invitation of ELNET Germany, over 200 participants and around 20 speakers came together. Several keynotes and three top-class panels shaped the kickoff event .

Hans Thomas Kessler, Chairman of ELNET-Germany, opened the event and stressed that the German and the Israeli society share the same values ​​as liberal and free societies. That, according to Kessler, is an ideal basis for the new forum. Keynotes by the Federal Minister of Health Jens Spahn and his Israeli counterpart Nitzan Horowitz, both guests of honor at the event, followed. Federal Minister Spahn emphasized: “Strengthening our bilateral exchange on digital health will above all benefit our citizens and the health of our patients in the next decades.”

Nitzan Horowitz emphasized: “It is my firm belief that the collaboration that will be started in this forum will eventually transform the way we provide healthcare.”

One of the many highlights of the conference was a presentation of the latest data on booster vaccinations in Israel. Dr. Sharon Alroy Prize, Head of Public Health Services, Ministry of Health Israel, and Prof. Ron Milo from the Weizman Institute of Science in Israel stressed: “The booster dose shows improved protection against confirmed infection in all age groups tested”. But “without the data… digitalized, online and available”, according to Alroy-Preis, the decision to carry out the booster vaccination in Israel could not have been made. A message that underlines the relevance of the new ELNET initiative. Federal Minister Spahn and Head of the Robert Koch Institute, Prof. Dr. Lothar Wieler, paid close attention to the arguments.

Around 200 high-ranking government officials, stakeholders from leading companies and emerging startups as well as renowned experts from the health sector from both countries followed the around 20 speakers of the three panel discussions on the topics of regulation, validation and the application of AI solutions in the health sector. The conference was moderated by Naomi Lee, Vice President of the ITU / WHO Working Group KI, and Carsten Ovens, Executive Director of ELNET Germany. In his keynote speech he emphasized: “We are delighted to build GIHF-AI and to jointly create a better future for humanity in the area of ​​digitalization and health.”

The German Israeli Health Forum for Artificial Intelligence is funded by the Federal Ministry of Health Germany for three years.

Further information on the new ELNET program can be found here .

At the start of the program, several media reported, including the Tagesspiegel and the Jüdische Allgemeine.

Register to our Newsletter

ELNET Germany will use your email address to send you information about our work and activities. You can cancel your subscription at any time, simply click on the link at the end of a newsletter. For information on how to protect your privacy, please visit our Privacy Policy page.